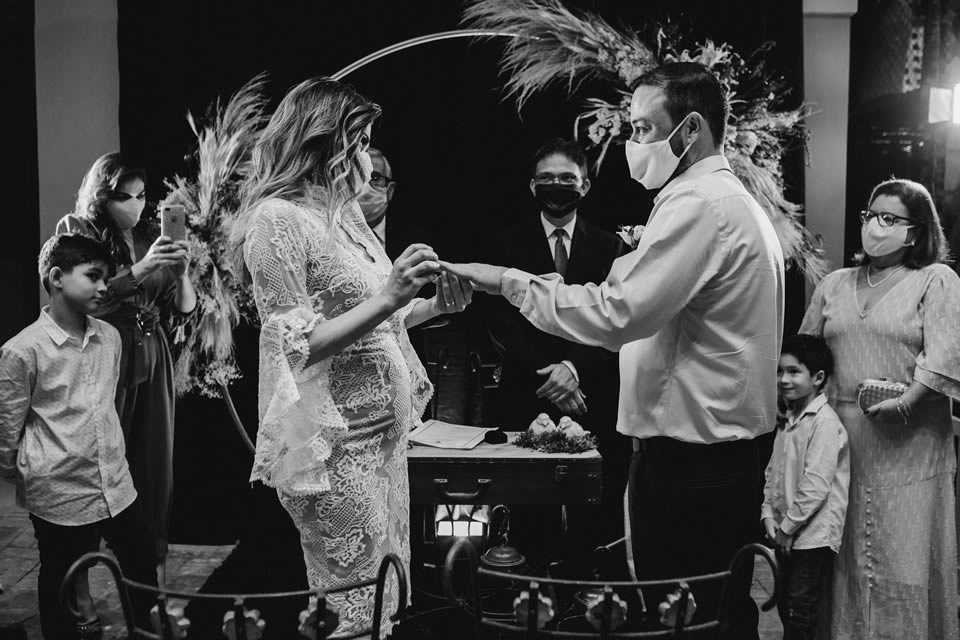 Over the past few months, there has been a widespread misconception out there that no weddings were taking place during the worst of the lockdown era.

And in fairness, I myself was of the opinion that nothing was happening out there on the wedding front.

Imagine my surprise, then, on reading a great piece in The Journal which cited figures released to RTÉ News by the Department of Employment Affairs and Social Protection.

The stats revealed that no fewer than 82 marriages were registered in the months from lockdown till now.

The exact dates involved were from March 8th to June 5th.

To give you a sense of comparison, the same period last year saw a total of 3,949 marriages.

And while 82 may be a tiny figure in comparison, it raises some very interesting questions about the couples who decided to proceed with ceremonies and celebrations that were pared back beyond belief.

We’re being highly speculative here, and have absolutely no inside track into the background of these weddings.

Nevertheless, it seems self-evident that these couples were much more interested in being married than in the trappings of the modern wedding. 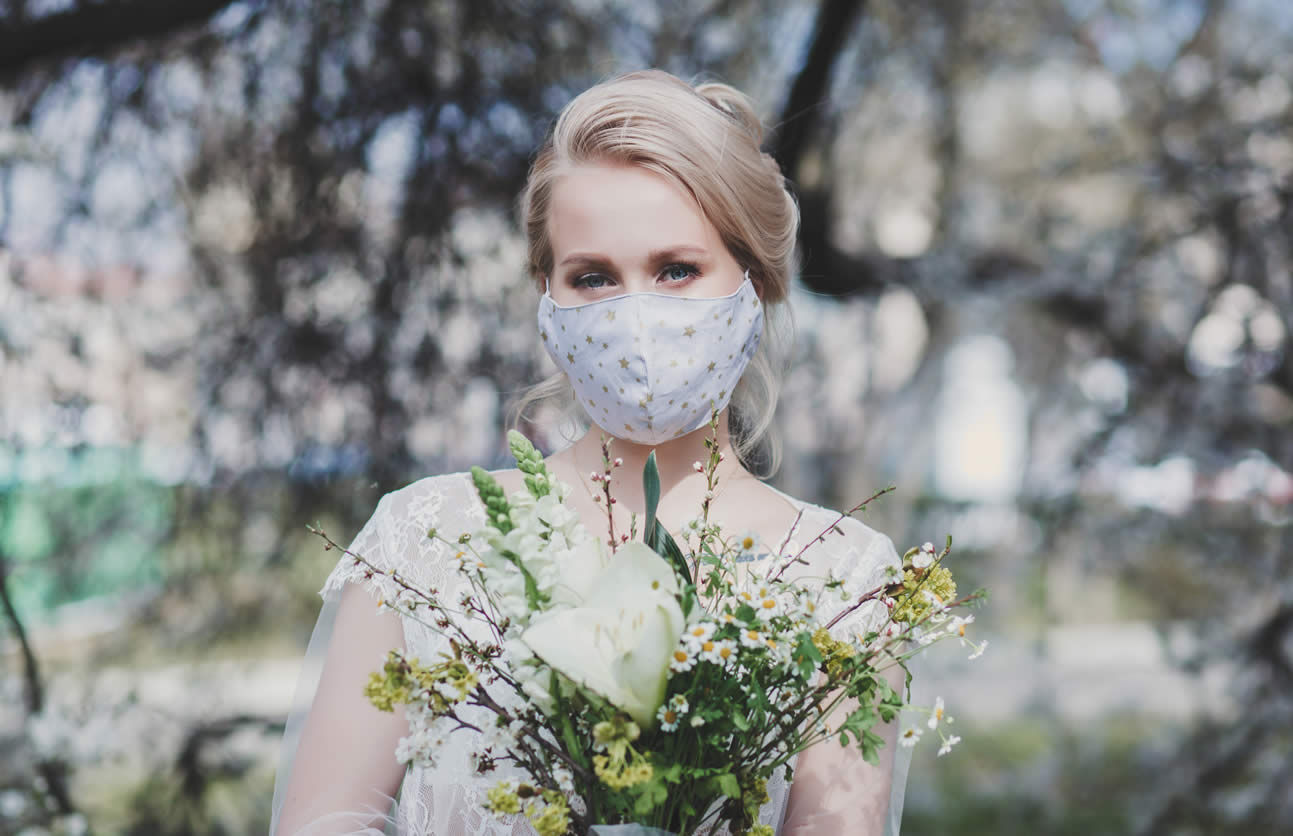 There’s something intensely hopeful and heartening at the heart of this.

Posh frocks, lavish meals and huge numbers of guests were all deemed to be less important than the act of a couple committing to each other for the rest of their lives.

It’s very clear that romance, in the truest sense of the word, is alive and well in Ireland right now!

We have to speculate that no more than ten people were in the church for each of the 82 ceremonies (in keeping with the figure for funerals), which meant that the wedding party was cut down to the absolute minimum.

The bride and groom, the celebrant and two sets of parents takes the tally to seven.

Maybe there was a bridesmaid and groom, or maybe the parents acted as witnesses.

This would have meant that the couple would be left with just four more invites.

If they had siblings, then the tally of ten would surely be reached within the immediate family alone. 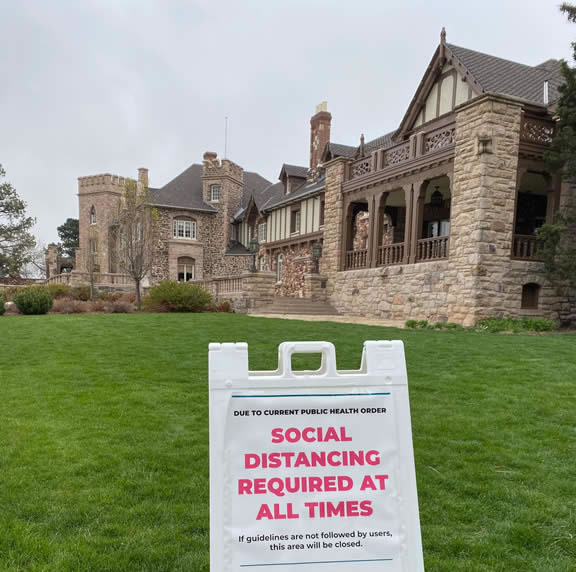 This may seem like something of a hardship. But when you think about it, these couples have had some of the most intimate and loving weddings imaginable.

And as to the party aspect of the modern wedding, well that can come at a later date when things settle down a little bit more.

And won’t it be great for the couples concerned when they get to enjoy ‘Part 2” of their big day?

Remember, too, that new technology allows all the friends and relatives of the couple to join in the ceremony via webcam.

While not ideal, this is certainly better than nothing in terms of creating an event that allowed a full complement of virtual guests to take part.

The new funeral allowances now stands at 25, so couples planning a wedding right now would be free to invite a similar number.

It would be still very tight – and hard to avoid leaving out some of your best friends or closest relatives.

But people are likely to be understanding, as you simply can’t get a gallon into a pint jar.

In terms of what’s likely to happen over the coming weeks, there are a few optimistic straws in the wind.

Already, we have seen a contracting of the guidelines, with a number of key dates being moved forward by the government.

If we all continue to behave ourselves, there is a chance that normal weddings will resume sooner rather than later, albeit with a huge focus on good hygiene, social distancing and avoidance of too much kissing and intimate contact (other than the bride and groom, of course!)

With such small numbers involved in a wedding right now, it goes without saying that I have not been involved in the celebrations as a wedding entertainer, but there is very definitely light at the end of the tunnel, and I have taken provisional bookings for dozens of weddings in the second half of the year.

Like everybody else, I can’t wait to get back to ‘normality’, but let’s not spoil the prospects of an even bigger recovery by dropping our guard right now.

Keep washing those hands, stay safe and I truly look forward to seeing you in person at some point.

Why not be a real King and Queen on your wedding day?
Just a short scoot down the road to Wicklow brings you to some of Ireland’s most appealing wedding venues.
The weird, the wacky and the wonderful wedding stories – as told by you guys out there!

What to do if your wedding is threatened by Covid-19
The growth in the ‘Real Wedding’ – how the second day of celebrations can be even better than the Big Day.
Four great tips to make your wedding go with a bang!

The weird, the wacky and the wonderful wedding stories – as told by you guys...

What will your wedding look like as restrictions ease?
Scroll to top