The weird, the wacky and the wonderful wedding stories – as told by you guys out there! 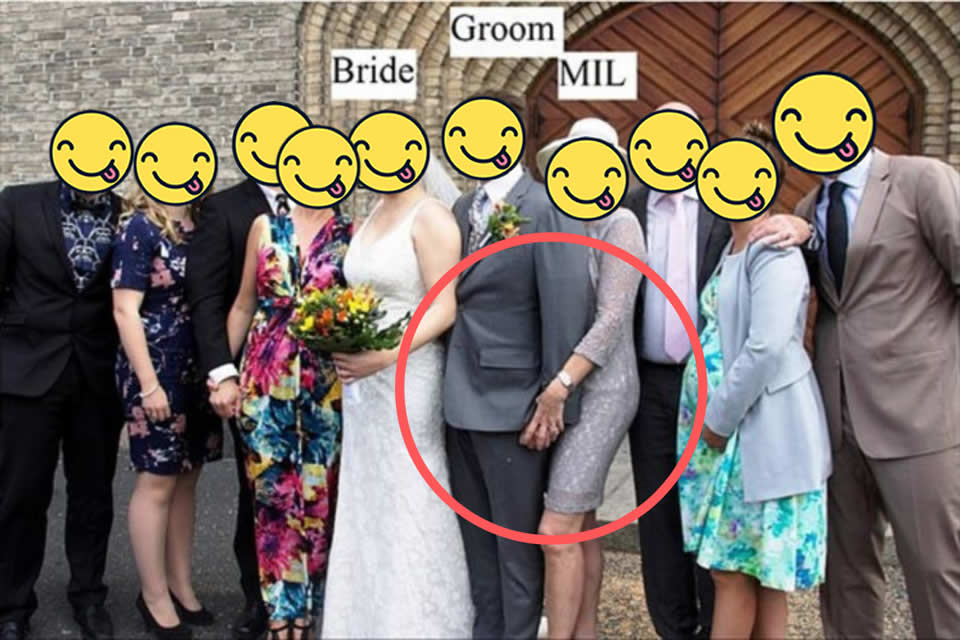 Maybe it’s because people have a bit more time on their hands these days, but I’ve got a lot of messages in relation to some of the blogs I’ve been writing lately.

In particular, the one related to mini-disasters and things not going as planned.

A lot of your stories literally brought tears of laughter – and mortification – to my eyes.

Here’s just a small sample of some of the funnier ones.

I hasten to add that I’ve never come across anything like them during my experience as a wedding entertainer – and hopefully I never will.

The mother who didn’t want to let her son go too easily.

Mothers of the groom are often lazily stereotyped as wanting to interfere in the wedding plans.

And making sure that their precious son is cared for exactly as his Mom has been doing for decades.

But maybe the stereotype still exists, as this tale from a client of mine reveals.

The mother of the groom had been a bit difficult to deal with during the planning process.

She was constantly poking her nose in where it wasn’t exactly wanted – or needed.

After the bride and groom both sat her down and told her a few home truths, it seemed that she’d finally got the message.

Until the day of the wedding, that is!

Rather than wearing the outfit that she’s agreed to wear (in keeping with the overall colour theme), she chose to turn up wearing a white formal gown.

She even went so far as to incline a small fascinator-style veil.

And as if that wasn’t enough to draw attention away from the bride, she sobbed loudly throughout the ceremony.

The translator who was lost for words.

We live in a global village these days, and more and more Irish people are getting married to people whose first language is not necessarily English.

And to make sure that both sides of the wedding party understand what’s going on, more and more couples are using the services of a professional translator.

Anyway, in this particular case, an Irish woman was marrying a Polish gentleman, and the young couple had written their own vows.

They were very tender, very romantic, and very heartfelt.

So much so, in fact, that when the young female translator looked to turn them from English to Polish, she broke down in tears.

She was blubbering like a mad thing for a few minutes till she regained her composure.

He didn’t just say that, did he?

It’s bad enough when the best man drops a clanger during the wedding speeches and accidentally references the groom’s previous girlfriend rather than the current bride.

It could happen to a bishop!

It’s much worse, however, when the faux pas comes from the groom – and when it happens on the altar.

In this particular case, there was a certain degree of latitude for the groom as his former girlfriend was called Annette, while his bride was Anna.

You can see how those brain cells got mixed up in all the excitement.

Veils in close proximity to naked candles are a disaster just waiting to happen.

In this particular story, some photographs were being taken of the happy couple later in the evening.

To make the mood that bit more romantic, the photographer had set up a row of ornate candles.

And yes, you’re ahead of me – that’s exactly what happened!

In all the fussing to get the shot just right, the back of the veil caught fire.

Thankfully, help was at hand – but maybe not the kind of help you’d want in that sort of a situation.

A male waiter was walking past the scene, carrying a number of pitchers of iced water for the tables.

Never having put out a wedding veil fire before, he unfortunately erred on the safe side by throwing a complete pitcher of water (complete with ice cubes) over the shocked bride.

It certainly put the fire out, but it also ruined the poor bride’s hair and makeup.

Needless to say, the romantic photos were put on hold! 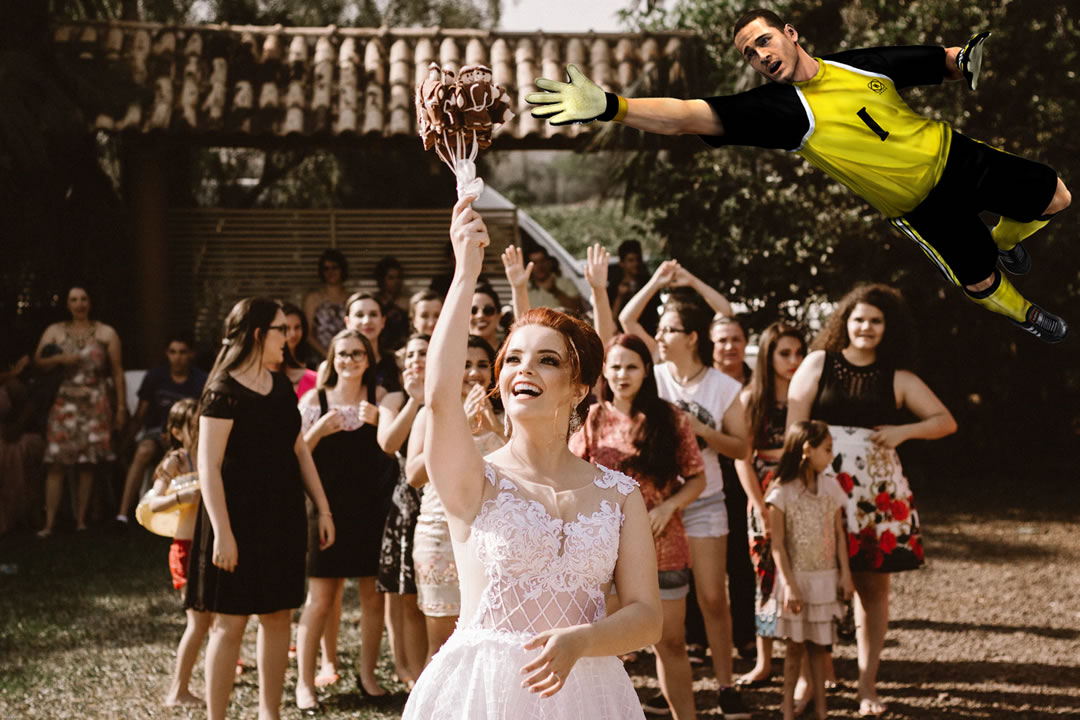 The wedding where ‘Shay Given’ turned up.

Lots of brides want to throw the bouquet to a particular person – maybe a sister or a bridesmaid who have yet to find romance.

In this case, the plot had been hatched and the intended recipient was clearly told where to stand so that the bride could find her with her throw.

The big moment duly arrived and the bride threw the bouquet towards the space where she knew her sister was standing.

So far so good.

But within seconds, a blur of blue silk appeared between bride and sister.

One of the wedding party literally dived – in goalkeeper style – to catch the coveted flowers.

There was an initial gasp of horror at what had followed, but this was quickly followed by a hearty round of applause for the athletic ability of the interloper.

You couldn’t make it up!

So there you have it – some of the wedding incidents that you’ve been telling me about.

Keep them coming – we all need cheering up right now!

What we can learn from the English guidelines for Covid weddings?
The growth in the ‘Real Wedding’ – how the second day of celebrations can be even better than the Big Day.
8 Things Astute Brides Do That Wedding Guests Love.

It’s the happiest day of your life – but things CAN go wrong if you’re...