The growth in the ‘Real Wedding’ – how the second day of celebrations can be even better than the Big Day. 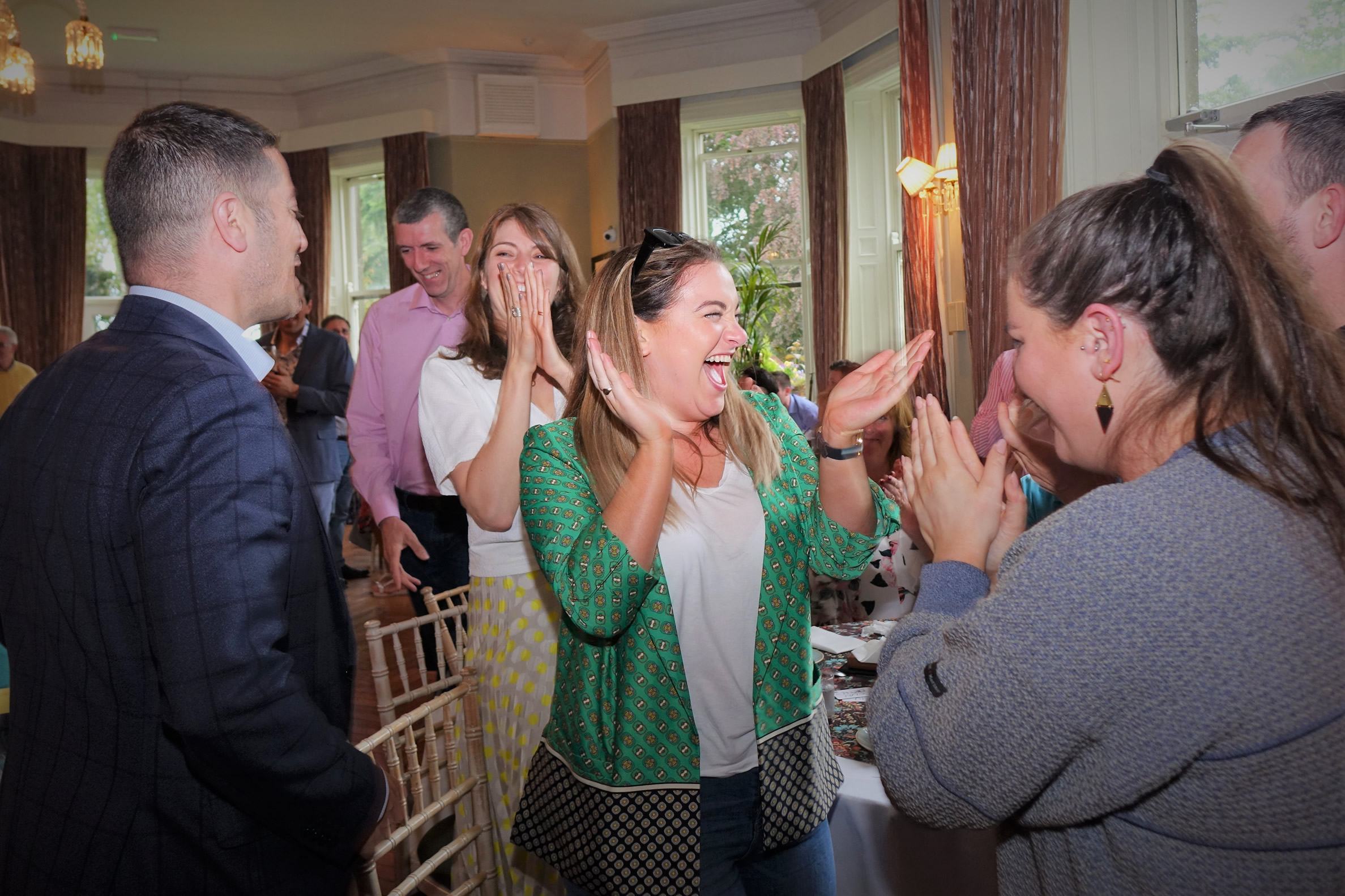 Weddings are rightfully referred to as ‘The Big Day’.

And there’s no doubt that couples the length and breadth of the land invest so much of themselves in this single day.

It’s hard to imagine a bigger event – leaving aside the arrival of the kids, of course!

But there’s a slightly dark side to modern weddings that can sometimes cast a slight shadow. I’m referring, of course, to the guest list.

In an ideal world, the bride and groom would sit down and write down a list of who they wanted to share their wedding day.

In the real world, of course, the situation gets a lot more political.

First and foremost, parents have to be taken into account.

It’s taken as read that the siblings of parents will probably be invited along, but what about neighbours?

If Mrs. Smith down the road asked your parents to her son’s wedding, then she probably has to go onto the guest list as a quid pro quo.

Then there’s the work crew. Do you have to invite your boss? Or multiple bosses?

So pretty soon, the guest list can become something of a nightmare.

The number can easily total 50% or more greater than the figure you had in your head.

And while this might seem to be something of an intractable problem, modern brides and grooms have got around it, to a great extent, through the staging of a ‘Day 2’…

A lower key celebration where you can invite anyone or everyone.

The additional expense is minimal, and anyone who might have missed out on the ‘first cut’ can now be included in your celebrations.

Nobody is offended that they weren’t there for the church celebration, and the fact of the matter is that the second day is often much more enjoyable than the first.

This is certainly the case for the bride and groom and any of the main players.

They can rock up in jumper and jeans, and simply enjoy the company of friends and loved ones without the countless formalities that sometimes get in the way.

The cost of staging such an event can be very low, compared to staging a wedding.

Perhaps a live DJ and some low-cost food platters as ‘soakage’ can be the basis for a brilliant and highly memorable knees-up. 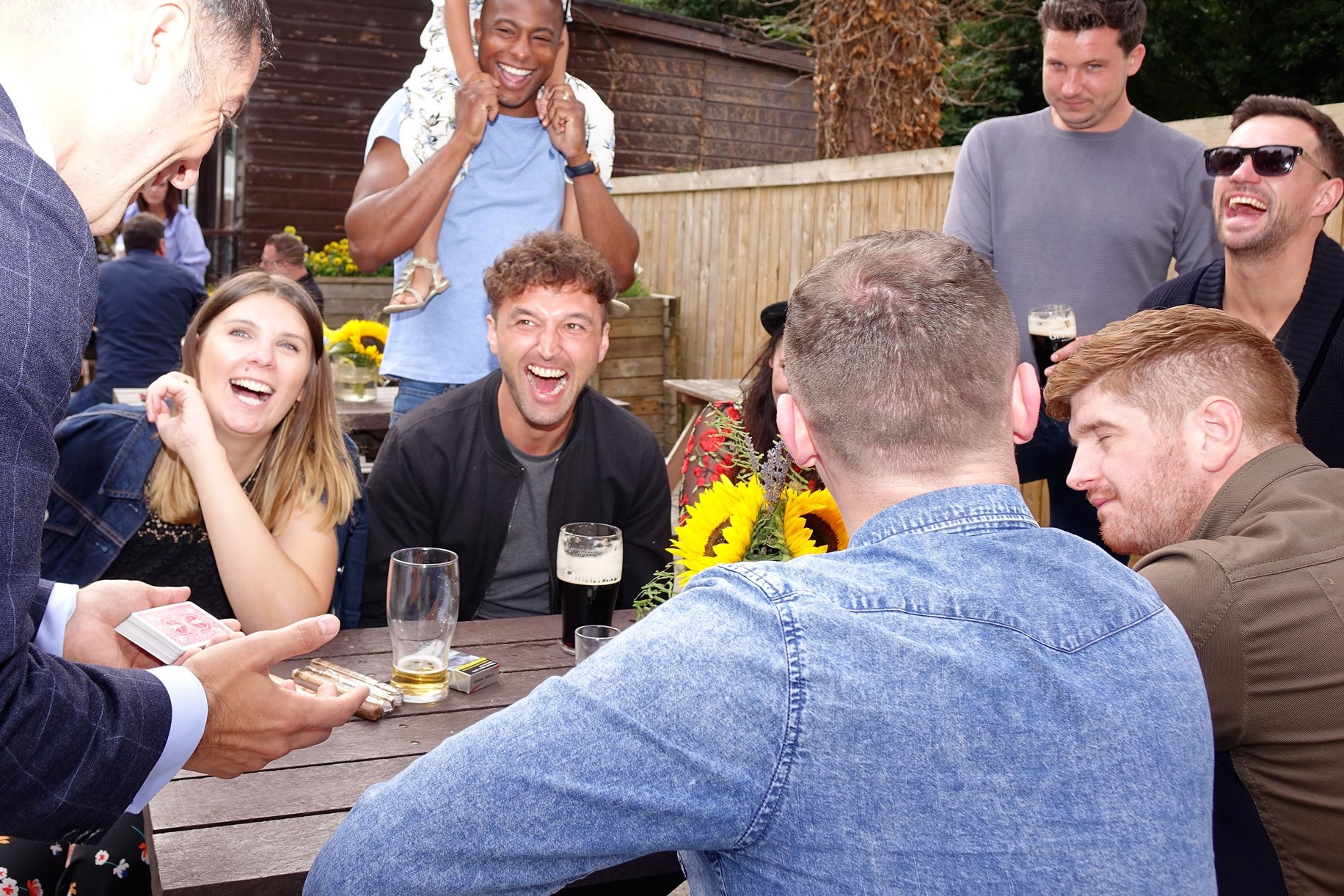 You could also sprinkle an extra layer of sparkle by hiring a mentalist or close-up magician.

A skilful mentalist or mind reader can mingle casually with your guests and create some real wow moments that will be remembered for a long time to come.

Another big plus of the second day celebration is that it’s almost impossible for anything to go wrong.

The wedding dress can’t get ruined by a drunken uncle, the wedding cake can’t collapse, there are no speeches that can cause potential embarrassment.

It’s simply an impromptu and informal party – that just happens to take place on the day after a wedding.

Guests are free to be themselves and to let it all hang out among friends, family and neighbours.

The bottom line from all of this is that if you’re planning a wedding in the foreseeable future, you’re probably inviting a huge amount of time and energy.

But remember that the best wedding entertainment ideas can frequently work just as well on Day 2 – but in a scaled down version.

Remember, too, that for a whole variety of very genuine reasons, some of your guests may have been unable to make the actual wedding day.

Perhaps your sister’s child was running a very high temperature and she had to stay at home. Hopefully, all will be cleared up on the second day and she can join in the fun.

Or perhaps a guest who was travelling from overseas ran into fog or a delayed flight and missed the wedding.

A second day celebration gives them the opportunity to be part of all the action, and share in your marriage in a really happy and meaningful way.

So think about Day 2 as the ‘dessert’ of your wedding day – a fabulously informal get-together with the people who mean most to you, with no politics involved, and no real pressure on numbers.

The weird, the wacky and the wonderful wedding stories – as told by you guys out there!
What we can learn from the English guidelines for Covid weddings?
Four fab tips to make your wedding one to remember!

Weddings in 2020. Adjusting to the new normal.
What to do if your wedding is threatened by Covid-19
What will your wedding look like as restrictions ease?

Keeping the energy up for that wedding or corporate gig. 4 great tips for getting...

Knowing your audience – the key to a great corporate event.
Scroll to top