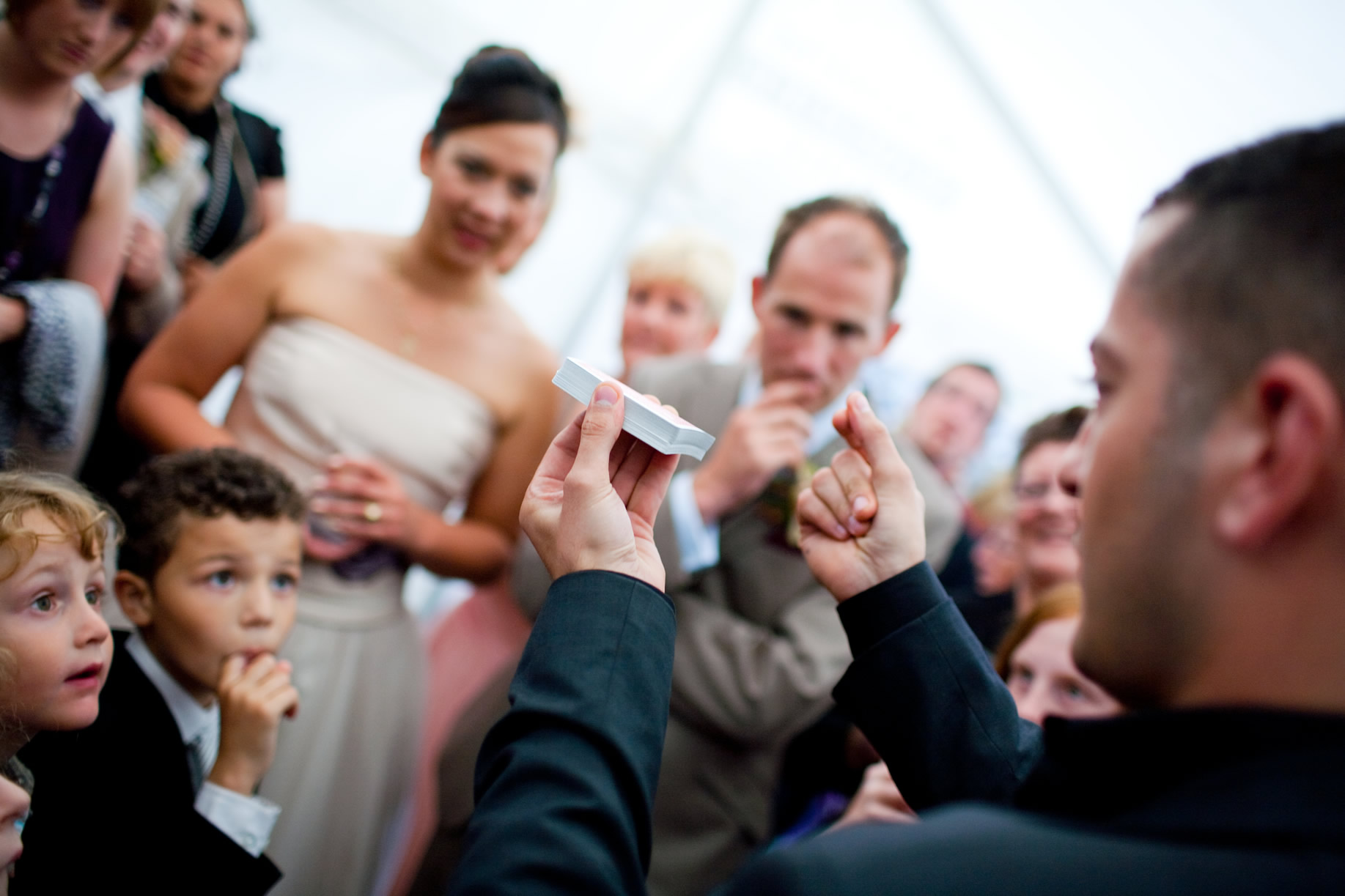 It’s one of the great paradoxes of the modern wedding that couples spend so much time planning the big day – but skimp on their research when it comes to booking their entertainment.

We’re not saying that they don’t invest any time.

In fact they go to extraordinary lengths to get word of mouth recommendations from other couples, and also watch countless videos online of the acts they’re thinking of booking.

But here’s the thing…

Watching an act perform for two minutes online is absolutely not the same thing as going to see the act perform live.

It goes without saying that the two-minute snippet you saw will put the best foot forward, but if you want to see how the act performs in the flesh, there’s simply no shortcut – you have to go and see them live. 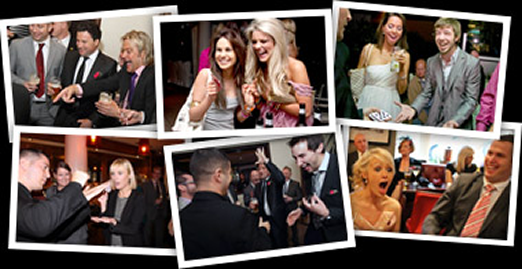 This is particularly true of your wedding band, as the energy of the night is dictated to a very large extent by the music you play – and the musicians who deliver it.

A really great band are not just experts at producing music, they’re also experts in taking the temperature of the room and deciding when to up the tempo – or when to calm things down a little.

A great band will also be very adept at making sure that everybody is catered for – from the bride and groom and their friends of roughly the same age to the aunts, the uncles, and even the grannies!

Another great trait of a really accomplished band is the ability to go with the flow.

For example, if there are lots of talented singers in the wedding party, the band should be happy to share the stage with them and accompany them while they strut their stuff.

And last but not least, a great band will produce the soundtrack to the entire night, whether your guests are tripping the light fantastic on the dancefloor, or simply sitting at their tables and enjoying the great sounds.

This same principle also applies to other entertainers – such as a close-up magician or mentalist.

Don’t just assume that a couple of minutes of video on his or her website will give you the full picture.

You need to see the act in the flesh to make sure that the performer is adept not just as a performer, but also has the interpersonal skills to get along with all your wedding guests – even the crankier ones!

Your performer also has to be able to break the ice and bring people together.

One of the biggest difficulties with managing a great wedding is getting the two ‘tribes’ to integrate, instead of heading off into their little cliques.

Close-up magic has a brilliant ability to make people lean in to see what’s going on, and when the performer addresses them or integrates then in the act, then that small group of people are suddenly on speaking terms, assuming they were strangers to begin with.

Getting to see your band or any other form of performer is very easy.

You simply ask them for a few of their upcoming dates, pick one that’s convenient to you, then turn up when the event is in full flow.

Even though you’re an uninvited guest, the vast majority of people won’t mind if you respectfully mention to the best man or one of the bridesmaids that you’ve just popped in for ten minutes to see the act in the flesh. 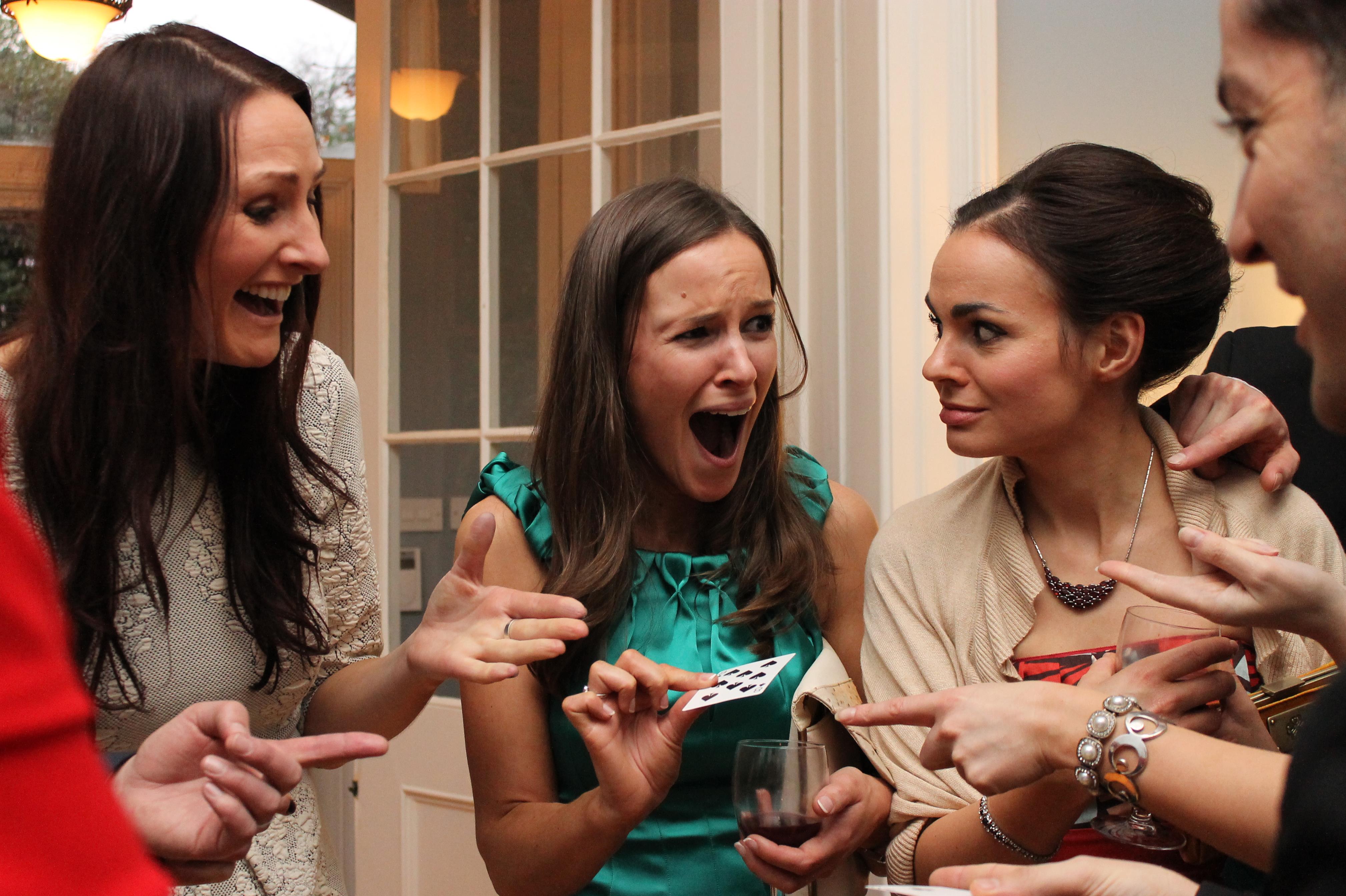 And one final point to make in terms of checking out your entertainment for the big day.

If they’re really good, chances are that you’re not the only one looking to book them, so having a quiet word during a break and asking them to pencil in your date.

You can then have a think about it over the following days or weeks, and confirm it as soon as possible.

This means that you can cross that job off your list, safe in the knowledge that you have your entertainment sorted.

It’s not unusual to have really good acts booked for twelve to eighteen months in advance, so don’t be tempted to believe that time is on your side, and that you can make a last-minute choice.

As a general rule of thumb, if an act is still available just a month out from your date, it’s for one of two reasons.

Firstly, they may have had a cancellation, or secondly, maybe they’re just not in demand. And you’d have to ask yourself why this is the case.

It’s also worth mentioning that these same principles apply to corporate events.

If you plan on having some form of corporate entertainment at your event, it’s equally important that you don’t leave it to chance, but check them out for yourself in the flesh.

How one of the most famous and difficult tricks of all time is now part of my virtual act.
What’s happening to all those cancelled weddings?
Just a short scoot down the road to Wicklow brings you to some of Ireland’s most appealing wedding venues.

How To Get Great Value From An Off-Peak Wedding.
Weddings in 2020. Adjusting to the new normal.
How one of the most famous and difficult tricks of all time is now part of my virtual act.

What does a great wedding and a great corporate event have in common? The answer...

Magicians are for a whole range of corporate applications – not just for ...
Scroll to top